A Belief that Changes the World 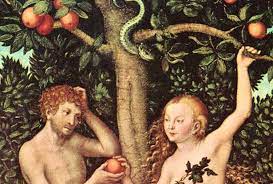 What we believe matters.  Our beliefs project onto the world another world.  Belief can also affirm the world that is the world.  Some projections are helpful.  Other projections twist up reality.  In Zen practice we use belief to help us see both our potential as well as what is.

This is the starting point for Zen practice (not the end), and without disparaging the beliefs of my childhood, it runs counter to the belief in Original Sin, the idea that we need saving.  I bring this point forward because Original Sin is far more operational in our day-to-day lives, particularly if we were brought up Christian, then we might recognize.  Original Sin is a belief that is more powerful not because it’s truer, but because it’s one of those beliefs that has been internalized, and therefore rendered unconscious.

To be fair, Original Sin has its place among the pantheon of religious teachings.  For those westerners with a Christian foundation interested in sincerely practicing Zen it also has a place.  In zazen we can look at how Original Sin operates unconsciously.  Because it’s unconscious we can’t get at it directly, but we can see its symptoms.  Original Sin is present and working when we see zazen as a means to self-improvement, or when we judge our zazen as “not good” or “not good enough.”

This feeling of “not good enough” or “I can be better” may solicit emotions of depression, anxiety, or shame.  In some cases, these feelings can be motivating factors for real transformation.  In zazen, however, we are not concerned about doing it better, or improvement of our mental state, not because our state of mind doesn’t need improving, but because we enter fully into the belief that we are already Buddha, that we have reached the end point (which is the start point).

This may feel totally anti-climactic if we don’t like what or who we are or have become, or how we feel in this moment.  But that misses the point.  It is really believing with great certainty that we are already within the Way of the Buddha.  No special ceremony is required.  No one needs to bless or save us.  There is a leap of faith required, however, and that leap compels us to have great confidence in our Self (notice that this is not the small “s” self, but the big “S” Self).  This is another meaning of taking refuge in Buddha, Dharma and Sangha.  We need the Buddha or a teacher to recognize that aspect in our self.  Zen is not a path of total self-reliance.  The Sangha or Buddhist community is there not to save us but to amplify the belief that we are already in the Way.

Original Sin, then, when recognized as operating in our zazen practice, can magnify for us a conscious movement away from self-loathing and into the belief that we are already in the Way of the Buddha.  No delusions!