No Compulsion in Religion 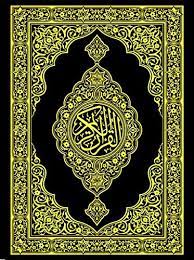 The Quran states, “And had your Lord willed, those on earth would have believed – all of them entirely.  Then, O Muhammad, would you compel the people in order that they become believers?”  (Surah 10:99).

I love the Quran.  I say this as a Buddhist.  I’ve had the good fortune to study the Quran more deeply over the past year because I’ve been teaching a World Religions class.  I’m by no means an expert in understanding even Buddhism, so I am humbled with the task of teaching about paths that I have not committed to.  Yet, I cannot help but see similarities between religions, and this verse is one that speaks to me as a Buddhist.

The Quran is considered by Muslims not as the words of the Prophet Muhammad, but as the words of God or Allah spoken through the Prophet.  It is poetic and beautifully sounding, and moves some even to tears to hear it recited.  The power of the Quran is both in the meaning of the text as well as the sound that is invoked.  The text itself has layers of meaning – literal, figurative, mystical – that if not carefully read can easily give rise to misunderstanding, intolerance and even violence.

The above verse bears striking resemblance to a teaching of the Buddha:  Do not accept my teachings because I said so.  Accept a teaching after putting it into practice and finding that it is effective, that it alleviates suffering.

I’m paraphrasing the above teaching, which is from the Kalama Sutta.  The gist of it is that we need to use our faculties of reason to decide whether a teaching is appropriate for us or not.  Even a teaching that we found helpful 10 years ago may no longer be helpful today.  If we are not aware of this then we can remain stuck in a practice that is no longer addressing our suffering or that of others.

Having no compulsion in following Religion is often overlooked by those that practice the tradition.  In Buddhism, for example, there are teachers who, rather than make suggestions for how to practice, expect their students to practice certain ways.  Most Zen teachers that I’ve trained with seriously have been a mix of both not being compulsive and, at the same time, being demanding of how to practice.  I myself have been a mix of both, but more recently, especially since studying trauma theory through the Trauma Sensitive Yoga program, see the importance of not using compulsion as a means to practice.

When parents want their children to follow their religion, or perhaps their non-religion, or maybe their particular outlook on something, then if they use compulsion too heavily, the end result is often resentment and rejection of whatever the parent wants.  The baby is thrown out with the bath water.  On the other hand, leaving things totally up to the child to figure out for themselves is not quite right either.  Children need guidance by their parents, of course.  They need to have something that they can reject or accept as they mature.  In either case, the parent(s) needs to learn to let go of the results of their actions.

So, as I reflect on this teaching found both in the Quran and the Kalama Sutta it causes deep pause for me.  Can I make someone practice?

I can only do my own practice and offer suggestions for others.  I can remind people that they are in charge of seeing for themselves how they ought to practice.  This goes both for meditation and for yoga.  I am not God.  Only God – the spirit of love, generosity, compassion, mercy, wisdom – when invited into my relationships, opens people’s eyes to truth.  My responsibility is to allow for God to enter into my relationships.  I do this when I am not being manipulative in the relationship.

It seems so obvious that, as I’m talking about being non-manipulative in relationship, that manipulation is not effective.  But when I find myself in relationship to others, if I’m really honest, there are times when I want the person on the other end of the line to do something other than what I see them doing.  In those moments, if I don’t refrain from coercion, I myself am being manipulative.

Practicing, therefore, no compulsion brings me to my own edge.  It’s a tricky place to be.  I need to continue to monitor my own state of mind and to be truthful with myself about what my intentions are in the moment.  Feel free, if you would like to, to practice No Compulsion in Religion, or to not look for anyone to adopt your particular views about anything.  See for yourself it leads to the end of suffering.