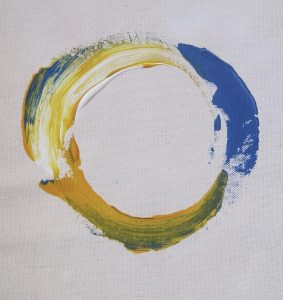 Is reincarnation real? What would be the practical benefits from believing in it?  Can a Christian believe in it?

As I was teaching Hinduism to my World Religions class, the term “reincarnation” came up.  Hinduism is impossible to study without considering the idea of being born and dying in an ongoing cycle.  This idea permeates much of Indian and Asian culture.  It is the belief that we’ve been around reincarnating for hundreds of thousands of years, sometimes as a human, sometimes as some other form of life.  Morality and ethics rests on the reality, for Hindus as well as for Buddhists, of having to work out your karma over multiple lifetimes.  It’s assumed by any sincere spiritual seeker that one life time is just not enough to accomplish complete liberation.

I asked my class for a show of hands of how many believed in reincarnation.  Three students out of 15 raised their hands.  This is 20% of the class, and it is in alignment with what the United States believes as a whole:  one in five Americans believe in reincarnation regardless of their religion.  Apparently, this is not only based in a recent survey, but goes back at least 100 years. [1]

If I were to ask the same question to white western practitioners of Buddhism[2], I don’t know if these numbers would change.  It may even be less than 20% because, as Buddhism has moved into secular cultures like the United States, many western teachers (as well as Japanese teachers) have downplayed the importance of belief in reincarnation, instead, emphasizing that Buddhism is in alignment with science and reason.[3]  Interestingly, there is some amazing research available by the now deceased Dr. Ian Stevensen, a psychiatrist at the University of Virginia Medical School, that demonstrates empirical evidence for reincarnation.[4]

This subject either directly or indirectly appears in much Buddhist literature, including The Jataka Tales, which tells the stories of the Buddha’s previous births.  Yet how do white western converts to Buddhism see these tales and other references to rebirth?  Are they dismissed, ignored, or reinterpreted to fit a scientific narrative?

The Bodhisattva vow, which many have taken when they received the 16 precepts, includes the vow to return again and again to this world until all beings attain Enlightenment.  The underlying assumption is that Enlightenment, Nirvana and no rebirth is an aim of Buddhism.  Zen Master Dogen’s phrase, “practice and Enlightenment are one” (修証一如), is a later development in Buddhism which merges the means with the ends.  So, in one sense, concerning our self with rebirth is not necessary.  However, even Zen Master Dogen talks about rebirth: “In ten thousand kalpas and thousands of lives, how many times are we born and how many times do we die?  This cycle of lives is samsara [suffering], caused only by blind clinging to worldly affairs.”[5]

If we are really honest, is not stress and anxiety reduction a big factor in our practice?  Who really cares about being reborn and dying?  If relaxation, however, is the only goal of practice, then how does one explain statements by
Zen Master Dogen like, “… if we experience the inner essence of the training period we can push on and all our actions–taking meals, stretching out our feet, and sleeping–will be forms of training throughout our lives.  If we grasp this we will be diligent and not relax for even a moment.”[6]  Practicing in this way may be quite intense, and the opposite of stress free.  I’m not suggesting that we should add stress to our lives through practice.  I am suggesting that there is much more to the practice then simply quieting the mind and being calm.  Being or becoming calm may or may not happen, and it is one facet of the practice.  Sometimes, however, we need to consider other facets of our practice for it to make sense.

If taken seriously, reincarnation has the power to shift our understanding of the world, and reorient us to what we are truly about.

“From a Hindu perspective, you were me and I was you.  We have had this conversation before, countless times in previous lives.”  When I heard this from one of my Religion professors I felt a deep connection in our relationship.  When we view the world in this way we can intuitively sense that not only have we been around before, but that we have a purpose and a place in this vast universe.

Three reflections can help us to get our heads around the possibility of reincarnation.  The first reflection
is: people are not born as blank slates. We come into this world with definite abilities.  How can we explain child prodigies, for example?  Why does one person struggle so hard to master something, while that same thing may come very easily to someone else?

The second reflection is: why do we have a natural affinity towards some people and disdain towards others?
Why, after meeting someone for the first time do we naturally resonate with them as if we’ve known them for a long time?  Why are there other people in our life who we may see once and can’t stand to be around?

The third reflection is: why do bad things happen to good people?  Some people have a really difficult life, and they did not seem to do anything to deserve it.  Others seem to be blessed even though they do wicked things.

One of the hindrances to accepting reincarnation as real is that we live in a predominantly secular culture that experiences the material world as all that exists. People have a hard time considering anything beyond the material plane of existence. Ted Christopher writes, “Scientific materialism is the largely unquestioned basis for modern science’s understanding of life. It also holds enormous sway beyond science and thus has increasingly marginalized religious perspectives. Yet it is easy to find behavioral phenomena from the accepted literature that seriously challenge materialism.”[7]

Christopher gives several examples of such phenomena not explained by science, and also points out that unless a respected scientist verifies a religious statement or belief, it is very hard to take seriously. As Buddhism has traversed from Asia to America it has succumbed to the pressures of this materialistic culture, claiming its alliance with Science, dismissing many of its less scientific beliefs like reincarnation.

But how much of this dismissing is based in reality, and how much is due to our social conditioning? What are the root causes of our materialistic bent? I suggest one cause is connected to our county’s unresolved issues with race. Robin Diangelo writes in, White Fragility, “A significant aspect of the white script derives from our seeing ourselves as both objective and unique.” In other words, as white Americans we tend to believe that there is an objective reality which we call, “the world”. We trust in science to learn more and more about this reality, and we assume it can be known fully at some point. This is our bias.

Another part of this bias, according to Diangelo, is the idea that we are all unique individuals. We have a hard time getting around the idea that we actually come from some place, that we have been influenced by our parents and culture as to the way we see the world, and that we belong to a tribe or community. Uniqueness flies in the face of reincarnation. Diangelo is writing from the perspective of why it’s so difficult for white people to see racism – particularly liberal whites, but I think the same is true of why it’s difficult for white people to see any seemingly “unobjective” view of reality such as belief in reincarnation.

I’m not asking anyone to believe in something like a reincarnation creed. But I am asking that American converts to Buddhism enter the places that we find uncomfortable. This is where growth and learning take place. I include myself in this. As a white Buddhist convert, I am not exempt from my own prejudices and worldviews. It’s not easy for me to consider something like reincarnation. What if we were to “wear” reincarnation for a few moments, like we would wear a set of dress clothes? It’s my contention that we largely avoid the subject of reincarnation in white American sanghas because we have an ingrained bias towards individualism, materialism, and the scientific method. These traits make the interconnectedness of all beings more difficult to truly appreciate.

[2] I use the term, “white”, because that is my primary audience.  A recent Soto Zen conference I attended at Zen Mountain Monastery focused on why our American Sanghas are largely white and have few people of color.  While this topic is too detailed to go into here, I think it’s important to bring out this distinction, and for us to begin recognizing our whiteness and its implications.  Later on in this blog, I attempt to draw a connection between how the color of our skin affects the way we view the world.